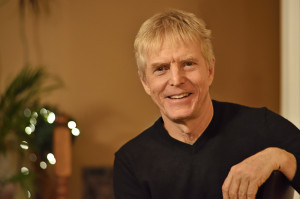 Ronald Beckett has had numerous compositions performed by ensembles throughout Ontario. He has written three operas that constitute a trilogy: Ruth, John, and I Am…. that have been given fully staged performances by Arcady and Queens Student Opera.  Ruth, due largely to its length (72 minutes) and facility of staging, has received some twenty performances since its premiere in 1996. Ron’s catalogue of compositions includes a number of additional large-scale works for orchestra or orchestra and chorus and an abundance of chamber music and pieces for piano and organ.  Since 2008, he has written a great number of songs and music for youth, specifically for the Arcady Youth Singers.

Ron is Founding Director of Arcady, an organization that was established in order to encourage outstanding young musicians by providing for them a bridge between their student and professional performing careers.  Most of Arcady’s work is in two areas: period performances of early music repertoire and the works of Ronald Beckett. The ensemble offers 20 to 30 programs ranging from small ensemble to full choral-orchestral performances in Ontario each year. Arcady has released three CD recordings on the Crescendo label: A Baroque Messiah (1999), Welcome Yule! (2001), and Ruth (2007).  Welcome Yule! is a collection of original Christmas compositions and Beckett arrangements. Ron also arranged and conducted Ruby Productions’ CD entitled Peace on Earth (2000).  In 2002, Phoenix Records released the CD A Beckett Miscellany – a sampling of Ron’s instrumental music performed by The Essex Winds and Arcady.

Ron is a member of SOCAN and has recently become an Associate Composer of the Canadian Music Centre.  His works are frequently heard on classical radio in North America and Europe.