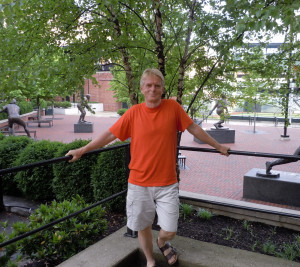 “As so-called classical music gets pushed increasingly to the sidelines by a mushrooming phantasmagoria of popular styles it is immensely reassuring to witness a modern Bach challenging young musicians with material created right in their own lifetime by the person standing before them, material which is well crafted, fun to perform and pleasing to the ear.”- “Brantford’s Musical Garden Blooms”

“Listening to these charming suites, epilogues, fantasias, dances, toccatas, and trios by Canadian composer Ronald Beckett makes one realize just how far the neo-tonal counter-revolution has come. Written over a 23-year period, these are cheery, player-friendly “works to be shared” (in the composer’s words) employing baroque counterpoint, occasional minirealist rhythms, and lots of diatonic tunes. Arcady, a chamber group founded by Beckett himself, plays with bubbly energy.” -American Record Guide

“If Ron Beckett’s music is half as much fun to write as it is to hear, he must go around smiling all the time” -Richard Todd, Ottawa Citizen

“He has drive, energy, movement and motion all bundled up in old and new style writing that never leaves you bored.” -George Sandford, 701.com

“His music for Ruth is very good, always quirky and interesting while relaying the emotions of the action.” –“With Ruth, something new among something familiar”

“This CD demonstrates his solid craftsmanship and pleasant nature as a composer. Mr. Beckett should be commended for his creativity and obvious mastery at bringing people together to make music: a positive force.” -Larry Beckwith, WholeNote

“…intellectually stimulating music that is fun and pleasant to listen to.” -Murray Charters, Brantford Expositor

“The music written by Beckett is truly remarkable. First, he writes music which allows a number of other talents to share the stage with him. Second, he creates sounds which are always interesting and enjoyable, immediately acceptable to all listeners. Finally, he captures the spirit of a wide variety of texts so clearly that we don’t need all the words to follow to understand what’s going on.” –  “Much to praise about Arcady, Beckett” 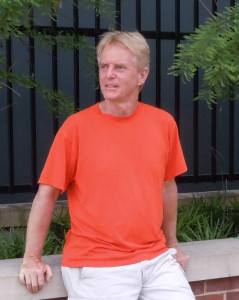 “Beckett’s original pieces range widely in style. Sometimes there is the English sound of Vaughan Williams, sometimes the gentle melancholy of Schubert, and sometimes just whimsical fun. He has a unique way of blending ancient and modern so the time between old words and modern melody evaporates and our whole history is heard in one song.” – “Arcady offers fresh ears for old friends”